The food and beverage industry reduced its sales by 2.68% in 2012 resulting in 86.298 million euros. If the contribution of exports are substracted, this decrease is even greater. Household sales fell back to the level of 2006, and the sector has left in the way 6,000 million euros in five years. The drop in production is the result of the negative impact on consumption of the long economic crisis and the second recession.

These information was presented today at an information meeting called by the Spanish Federation of Food and Beverage Industries (FIAB) to announce the Economic Report 2012 publishment, attended by the general secretary of agriculture and food of the Ministry of Agriculture, Food and Environment, Isabel García Tejerina, FIAB Director General, Horacio González Alemán, Professor of economic analysis at the Universidad Complutense de Madrid, Simón Sosvilla, and the director of the agricultural sector of La Caixa, Josep Fernández. The Economic Report has been prepared with the collaboration of the Ministry of Agriculture, Food and Environment (also known as MAGRAMA), and is sponsored by La Caixa.

Another figure that proves the sector loss is the Industrial Production Index, where food decreased by 14.9% and beverages by 10.8%, according to data from the Spanish National Institute of Statistics (INE).

Josep Fernández pointed out that exports grew 9.4% in 2012 to reach 22,078 million euros, with a positive balance of 3,026 million euros. For him, this represents a growth almost three times higher than the total exports of the economy. This fact demonstrates the competitiveness of our companies and the consolidated importance of external activity, which has prevented the economic backlash of the sector from being greater.

The food and beverage sector comprises a total of 29,196 companies, among which 96.2% are SMEs and only 59 employ more than 500 people. According to FIAB, a progressive process of concentration will increase the competitiveness of the sector.

Furthermore, the food and beverage industry (IAB) employed an average of 439,675 people in 2012, a decline of 1.7% compared to 2011. The unemployment rate in the sector is less than a half than that the country as a whole, and the IAB accounts for 20% of the total industrial employment. In this sense, it is important to highlight that the productivity of work in the sector doubles up that of the total of the industry as a whole.

Finally, the food and beverage sector is more innovative than the whole national economy, but less than the rest of the industry. Thus the percentage of innovative companies in 2011 (last available data) reached 10.1%. This meant an investment of 655 million euros.

During 2012 household consumption increased by 0.66%, reaching 30,482 million kilograms/liters/units. In addition, the expense on food products and beverages grew by 0.17%, reaching 67,634 million euros. Therefore, each citizen spent on average 1,468 euros in food. But, according to Simón Sosvilla, after discounting the effect of inflation, expenditure on household food consumption fell by 3%, which shows the extent to which the continued decline in the purchasing power of households has caused them to cut on everything, even food.

The impact of the crisis has become specially visible in non-household-related consumption, where the expenses fell by 4.1% reaching 33,044 million euros, and by 7.3% if the inflation effect is deducted.

The crisis keeps modifying how citizens consume, guiding their demand towards cheaper basic products and towards private labels, which has suffered an increase in their market share by 41.2%, recording the biggest annual increase since 2002. This figure opposes to the EU average, where private labels present a 35.6% market share.

Neccessary measures to reactivate the sector

The general director of FIAB believes that although the food and beverage industry has proven to be able to withstand the abrupt change of economic cycle better than any other industry, 2012 has been a difficult year for the sector. Due to the economic crisis, keeping previous figures from dropping has been a difficult taks. In this way, the industrial production has decreased and the consumer has been reducing its expenditure in every possible way, including food (household and catering).

However, González Alemán stated that there are possitive variables registered im 2012. Food and beverage industry has given a job to 440,000 workers and the growth ratio of the export has almost tripled the total of the economy. However, this factor has not stopped the household consumption from falling. 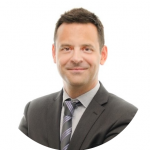 This website uses cookies to improve your experience while you navigate through the website. Out of these, the cookies that are categorized as necessary are stored on your browser as they are essential for the working of basic functionalities of the website. We also use third-party cookies that help us analyze and understand how you use this website. These cookies will be stored in your browser only with your consent. You also have the option to opt-out of these cookies. But opting out of some of these cookies may affect your browsing experience.
Necessary Always Enabled
Necessary cookies are absolutely essential for the website to function properly. This category only includes cookies that ensures basic functionalities and security features of the website. These cookies do not store any personal information.
Non-necessary
Any cookies that may not be particularly necessary for the website to function and is used specifically to collect user personal data via analytics, ads, other embedded contents are termed as non-necessary cookies. It is mandatory to procure user consent prior to running these cookies on your website.
SAVE & ACCEPT
Abrir chat
Hola, ¿Necesitas ayuda?
Powered by
Hola
¿En qué podemos ayudarte?